My country is famous, for Belgian beer, chocolates and diamonds. Please do not mention our permanently breaking up because of the linguistic problems; they talk about it since I was a kid but nobody wants us (the Dutch nor the French) and splitting into 2, 3 or 4 pieces seems rather mission impossible. We also stand out for the best functioning government when we don’t have one.
I will regularly post more about our national treasure including some stories. 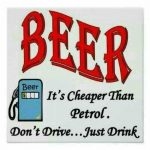 Belgians are obviously very proud of their beer culture and think we are so strong people because of our beer. Nobody is sure and nobody agrees but there might be like 1,500 different beers brewed in Belgium. Many websites talk about it in detail, see two examples:

While we may make jokes about other countries, we do appreciate other beers, yes even from Holland and Germany! I am also a regular at some of the locally micro-breweries, often for American style IPA and other.

Yeah, you could call it the BiBB column.
I started collected bottles since many years, with the rule: bought in Beijing, obviously happily tasted in Beijing, and all different stickers.

My collection in the kitchen became that big the wife got scared that in the event of an earthquake we would be killed by an avalanche of bottles.
So I decided to take pictures and finally making a list. I only kept the big bottles.

Where to find Belgian beer

Amazingly one can find a vast choice in bars and even more online. Even Westvleteren, not for sale in retail in Belgium, can be found here. It is actually considered one the the very top beers in the world. Yes, the price is not cheap…

Some of the obvious locations: Morel’s Restaurant, Beer Mania, De Refter, Heaven Supermarket (see the former outlet on Xindong Street), the former Brussels (now called The Local), and many others. “Bottleshop”, also on Xindong Street will be mentioned later.
Sadly a host of other interesting bars and shops have disappeared.

I will update the list whenever appropriate. And no, I don’t have all the beers that have been sold in the city. The total could thus be like 250 different bottles.

The gallery of the bottles

See here the pictures I took of my bottle collection. Dated 24 January 2019.