Creative vegetables: not only in China

Chinese can be very creative with fruit and vegetables, mostly with impressive carvings. You can often see those in hotels and restaurants, on the buffet tables. Yes, vegetables can be art.
But sorry to my Chinese friends, “foreigners” can be very creative too.
See here some cute pictures I collected from other sources.

I will limit myself to eating it all.

Cartoons cheer us up

Oh well we all get old someday and in China it is actually a problem: too many “seniors” and it will get worse. 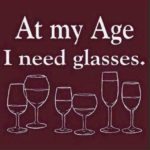 One of those days it was supposed to be “Double 9”, senior day in China. Looks like nobody noticed. I am still waiting for some of my Chinese “bosses” to decide about this year’s Chongyang Festival celebration.
In the meantime, we can enjoy the humor from some cartoonists.
Never too old for a smile!

Chongyang Festival (Double Ninth Festival)
This year it was on October 9; next year,  October 28
There is no holiday for this traditional festival. And nobody except one lady noticed the day.
Held on the 9th day of the 9th lunar month, Chongyang Festival is also called Double Ninth Festival. In Chinese, nine is regarded as the number of Yang (which means masculine as opposed to Yin which is feminine). The ninth day of the ninth month is the day that has two Yang numbers, and ‘chong’ in Chinese means double which is how the name Chongyang was created. It is a day for people to eat Chongyang cake, drink chrysanthemum wine, climb mountains, and pay homage to chrysanthemums.

Our daughter’s piano had not been used for many years and as she left Beijing we decided to give it to our close family living in the same compound, for their young son.
Now that piano I can tell you is SUPER heavy as it has a large iron cast frame. Even removing all panels one can remove, still a monster, despite its modest size. The piano has turned around the world and we saw many people struggling together to move it in or out.

Well, till we found these two Sichuan guys who do it every day and just the two of them.
They work very professionally and well organized.

They had to go down 4 floors, in our house the staircase is pretty narrow.
All done without a scratch. On 27 May in what I consider record time.
Not to wonder those guys are in demand all day…

As Sun Bin is deeply involved in the study of China’s period under Zhu De, Zhou Enlai and of course her grandfather Sun Bingwen, we get involved in unusual events. Like this one in the afternoon of 17 February. We thought at first it was a “small event”, till we reached the gates and saw half of Beijing was there queuing up to enter. We were in that huge hall that filled up completely. And me the only foreigner…
Boring at first, it was pretty interesting. For Sun was it rather emotional as it showed the old times, so many memories for her.
On stage, the original seat of Zhou Enlai. And some of the most famous singers in China’s history, some like 90 years old.
Also the “Third Red Generation”, the ones all with a long red scarf.

I was moved by what I consider to be one of the most beautiful pieces of Chinese music. See here the story behind it:

The Butterfly Lovers is a Chinese legend of a tragic love story of a pair of lovers, Liang Shanbo (梁山伯) and Zhu Yingtai (祝英台), whose names form the title of the story. The title is often abbreviated to Liang Zhu (梁祝). The legend of Liang Shanbo and Zhu Yingtai is set in the Eastern Jin dynasty (265-420 CE). The Butterfly Lovers is also known as China’s play of Romeo and Juliet.
In 1950s, Chen Gang (陈钢) composed the internationally famous violin concerto themed with Liangzhu, and in 1954, ex-premier Zhou Enlai introduced the movie named Liang Shanbo and Zhu Yingtai, China’s first colored opera-type artistic movie, to the journalists of the world when he attended at the Geneva Conference, and then this movie based on the love story was widely called Chinese Romeo and Juliet. In a short time, this story becomes internationally famous.

The internationally famous violin concerto named Liangzhu or The Butterfly Lovers: see here one of the many versions. Just simple moving….

There are also versions with erhu instead of violin. Great stuff.
See also the old picture of The Great Hall and Tiananmen, when I arrived in Beijing it was still nearly like that: no barriers anywhere. Now, to go there or leave there, what a fuss. All that security. Times have changed and not always for the better.