The Wuhan virus has a name, as for now

The “facts” are not complete. As far as we know, the virus likes metal surfaces more than other. And nothing said about heath killing the virus, see previous post.

Where does NCP come from?
Interesting new study, as per China Daily:
“Pangolins a potential intermediate host of novel coronavirus: Study” 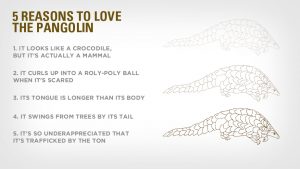 That does not eliminate the bats as they could still be another intermediate host of the virus.
I have to admit… when in Brazil in the seventies I did eat some of the local look-alike pangolins, that time considered a “local delicacy”. They are called “tatu” in Brazil, “armadilho” in Portugal. They are not pangolins.
And when in Vietnam, I was invited to a dinner in Saigon with on the menu a life fruit bat. I spare you the details of that meal.

Many are mourning the death of doctor Li Wenliang.
Li, 34, died after contracting the coronavirus. He had earlier been reprimanded by police for alerting his friends about the outbreak in December.

There has been a lot of confusion and contradictions about his death. He was (officially) reported dead on 6 February at 21:30, then, “not yet”, then REALLY dead the next day. And as always the censors tried to clean it all up. The confusion has made even worse the mounting anger of many Chinese on how the doctor was treated by the authorities.
See some of the contradictory news clips about the timing of his death, for those who read Chinese. I omitted the many expressions of sadness and anger of friends on Wechat to protect them.

China Daily about the doctor

At least the newspaper gives a pretty honest account, leaving aside the mystery about the exact timing of his death.
It says:
“On China’s social media platforms, condolences poured in with hundreds of millions of views.
Many were also questioning the possibility of a dereliction of duty by Hubei officials for ignoring Li’s early warning and questioning him for so-called rumors, which later turned out to be true.
After being approved by the Communist Party of China Central Committee, the National Supervisory Commission made a quick response on Friday by deciding to send a special group to Wuhan to conduct a comprehensive probe over issues regarding Li, according to a brief release on the joint website of the CPC Central Commission for Discipline Inspection and the NSC.”