It is a curious feeling to watch from Beijing the worldwide pandemic, to see the growing list of countries enforcing a lockdown and closure of restaurants, bars, cinemas and more: Italy, Belgium, France, Spain, … I guess more to follow. And forget travel. Be happy if you made it home, stay there!

As said situation in China seems to be improving overall but still too many restrictions make life difficult. Even the Belgian ministry of Foreign Affairs recommends NOT to travel and as an example these countries block in one way or other Belgians to enter: Vietnam, Morocco, Turkey, New Zealand, USA, Poland, Denmark, Saudi Arabia, Cyprus, Lithuania, …

Some people still deny reality and facts as they blindly believe fake news outlets like Fox News and other. That so-called news channel competes in fakeness with Global Times, at times China Daily and other media from authoritarian countries with harsh censorship. If they attack CNN, NYT and other, hey you also can watch France24, Euronews and other that will show how the U.S. is still scrambling to catch up and the White House (we should call it the BLACK House) giving meaningless and erratic press briefings. And “medical authorities” unable to answer the most elementary questions in congress and senate. 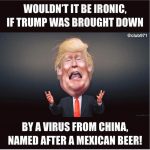 Not to be surprised some medical experts predict between 160 million and 214 million people in the United States could be infected over the course of the epidemic. I don’t dare to give a figure but it does not look good for reason I explained before, see also further.
The U.S. has roughly 46,500 beds designated for ICU use, but even in a moderate scenario, it’s projected that 200,000 people could need ICU treatment, according to a report from Johns Hopkins.

And: why a shortage of tests in the U.S.? (again, basically nothing new)
The CDC’s initial test for the virus was faulty. And, for reasons that remain unknown, the U.S. opted not to rely on the World Health Organization’s test while the CDC developed a new one. Red tape slowed down academic labs that wanted to quickly develop their own. With both academic and commercial labs now pitching in, testing is becoming more widely available. But the U.S. is still playing catch-up, and the virus has likely been spreading undetected in the meantime.

Here’s another not-so-optimist comment:
The economic fallout from the coronavirus could be more serious than the damage done by the 2008 global financial crisis for Singapore, according to Prime Minister Lee Hsien Loong.
“We can’t tell when the pandemic will end, but it will likely last at least this year, and quite possibly longer,” Lee said in a Facebook post. “The economic hit will likely be more serious than the Global Financial Crisis, and longer-lasting too, even beyond the end of the pandemic.”

At least some keep up the good spirits with a dose of humor: 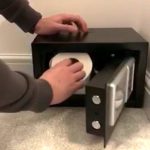 Also screenshots of a short video clip that shows how to keep safe your priceless possession of toilet paper, the symbol of stupid hoarding.
Of course I can also recommend “LAUGH AND GET WISER!”

Our friend Renaat Morel, famous chef and owner of Morel’s Restaurant in Beijing, has seen his restaurant forced to close for weeks with big financial loss (as everybody in the sector). 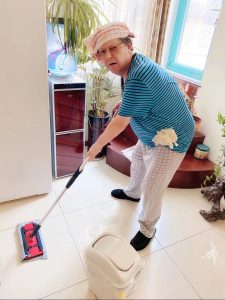 Poor Renaat has to make a living. He is doing extra cleaning work to earn 50 RMB per hour. He is asking for a raise but boss Susan is rather stingy.
BTW Renaat will try to open again this Tuesday, despite the shortage of staff and other difficulties. Legend Beer remains off limits.

David Leonhardt on an article by Derek Thompson, The Atlantic

In an outbreak, public-health interventions are the most effective stimulus. In many ways, though, giving people money is a public-health intervention. More than 10 percent of Americans skip doctor appointments even when they feel sick, because they don’t think they can afford it. In the next few weeks, the Trump administration may have to request that Americans withdraw from public life — to “cancel everything.” This request to engage in economically damaging activity may be more palatable for many families if it comes with a financial package that compensates them for the damage. In a precarious economy where millions of people feel like they have to work to survive, more Americans will insist on going to work even as they show signs of illness, which means more Americans will be infected, and sick patients will overwhelm America’s hospitals.

And this is exactly the “chain reaction” I am always referring to. As the example I gave earlier about the waiter in your restaurant. This analysis of the impact of cancellations in the event industry is telling. Like cancelling major soccer games in Europe. Or F1. Anything like that:
“To see why the U.S. needs a stimulus package, look at Austin. The city’s wise decision to cancel the SXSW festival is devastating, wiping out nearly $1 billion in economic activity. The city’s “conference economy” is large and diverse, including security staff, tech crews, caterers, ride-hailing drivers, and hotel and restaurant staff. Thousands of people will lose an economic windfall they plan for all year. If they fall behind on rent or can’t pay utility bills next month, they’ll pull back spending on grocery stores and clothing outlets. The SXSW cancellation will reverberate throughout the region.”

An interesting analysis on how South Korea dealt with the virus

“South Korea’s coronavirus response is the opposite of China and Italy – and it’s working.”
Seoul’s handling of the outbreak emphasises transparency and relies heavily on public cooperation in place of hardline measures such as lockdowns. While uncertainties remain, it is increasingly viewed by public health experts as a model to emulate for authorities desperate to keep COVID-19 in check.
SCMP 14 March 2020
https://www.scmp.com/week-asia/health-environment/article/3075164/south-koreas-coronavirus-response-opposite-china-and

Excerpt:
As countries ranging from the United States to Italy and Iran struggle to manage the virus, Seoul’s handling of the outbreak – involving a highly coordinated government response that has emphasised transparency and relied heavily on public cooperation in place of hardline measures such as lockdowns – is increasingly viewed by public health experts as a model to emulate for authorities desperate to keep the virus under control.
Whereas China, where the virus originated, and more recently Italy have placed millions of their citizens on lockdown, South Korea has not restricted people’s movements – not even in Daegu, the southeastern city at the centre of the country’s outbreak.
Instead, authorities have focused mandatory quarantine on infected patients and those with whom they have come into close contact, while advising the public to stay indoors, avoid public events, wear masks and practise good hygiene.