Worldwide and in Beijing

Reality started to sink in this week. As the COVID-19 outbreak swept through Europe and the Middle East, not to mention Brazil, governments that were previously skeptical of its seriousness began to change their tune. Except for genius Trump of course.
In Beijing and in China, draconian restrictions still wreck our daily lives and the economy. 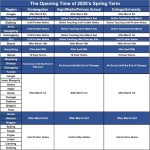 Schools remain closed and affect parents who now have to take care of their kids at home and help for distance learning, as long as they have enough computers and the Internet works.
In Beijing my usual supermarket Jingkelong Sanlitun still has ample supplies but has started to limit the amount of customers inside, I had to wait in line to enter. But it went smoothly.
There is still lots of confusion about quarantine rules. See here a document circulating with “rules”, no date no official stamp.

Most restaurants are still closed. Legend Beer was not allowed to reopen. Morel’s Restaurant is planning to open on 12 March. The Russian Pushkin Literary Restaurant as well as the entire shopping complex where it is located, closed. In my street, Gongti Xi Lu, all venues are closed.

Google and Microsoft are accelerating efforts to shift production of their new phones, personal computers and other devices from China to Southeast Asia amid the worsening coronavirus outbreak, with factories in Vietnam and Thailand expected to be the beneficiaries, reported Caixin.
Until now, most if not all Google smartphones and Microsoft-built computers have been made in China. The US-China trade war caused many industries — especially technology — to consider the risks of overreliance on China for manufacturing. The coronavirus has only added to concerns about concentrating production too heavily in one place. (Source: CER 28 February 2020)

Amcham:
Nearly a third of companies operating in China have seen their revenues slashed as the coronavirus outbreak disrupts activity, a survey by the American Chamber of Commerce (AmCham) in China showed on Thursday, reported Reuters.
Travel restrictions and stringent quarantine rules implemented since January to minimize contagion risks in China have effectively paralyzed business activity.
While the Chinese government has recently reversed some of the curbs outside Hubei province, the virus’s epicenter, to support the economy, nearly a third of the companies said they only expect business operations to return to normal by end-March. Some 12% believe delays will persist through the summer.
Most of the 169 companies surveyed said it was too soon to count the costs of the disruption, but about 10% said they are reporting at least RMB 500,000 (US$71,298) of losses a day.

The European Chamber has issued its own report. A must read.
“EU firms ‘get another wake-up call’ about China and call for it to reform, as coronavirus hits profits. Profits down 20% for almost half of European businesses operating in China, according to their survey. Companies call for level playing field and end to ‘patchwork of conflicting rules’, as well as financial relief measures following outbreak
SCMP – 28 February 2020
https://www.scmp.com/news/china/diplomacy/article/3052662/eu-firms-get-another-wake-call-about-china-and-call-it-reform

Their report published on Wechat is so telling that I quote it here entirely.

COVID-19 Survey Report: The Impact on European Business in China

Mr. Joerg Wuttke
President, European Union Chamber of Commerce in China
The patchwork of conflicting rules that emerged from the fight against COVID-19 has produced hundreds of fiefdoms, making it next to impossible to move goods or people across China.
While virus containment is the most important task, standardising measures across larger jurisdictions should also be prioritised to get the real economy back on its feet.

Dr. Stephan Woellenstein
Chairman, German Chamber of Commerce, North China
China finds itself performing a precarious balancing act with two important but divergent tasks: keeping firm with virus prevention measures while fighting for a return to economic normalcy.
This will require the Chinese Government to release supporting measures for those most affected – especially SMEs – until operations normalise.

The USA is not a good example

The outbreak is also occurring amid a health care affordability crisis in the United States. On Monday, The Miami Herald reported the story of a man who developed flulike symptoms after returning from China last month and got tested at a hospital. He did not have the coronavirus. But two weeks later, he received a bill for $3,270, $1,400 of which he was responsible for. “How can they expect normal citizens to contribute to eliminating the potential risk of person-to-person spread if hospitals are waiting to charge us $3,270 for a simple blood test and a nasal swab?” he asked.

Last year, the U.S. administration shut down a program dedicated to identifying and researching animal viruses with the potential to infect humans — in other words, viruses like COVID-19. Trump has also proposed significant cuts to several health care agencies, even as he asked Congress for US$2.5 billion in emergency funding to fight the outbreak.

A sad but so typical example: Caravan just closed

Badr Benjelloun, founder and proprietor of Caravan, is (or was…) a member of my Old China Hands little club. He is one of the visible victims of the virus and of the mess created by the authorities.
I attach the full article of TheBeijinger as it gives a perfect image of what is all going wrong:
“Done in by a F**king Corona”: Caravan Officially Closes – theBeijinger – 27 February 2020

The main issues:
– business was down 95% year-on-year with no visibility;
– Beijing had forced many venues to close because of its total paranoia for the 70th Anniversary on 1 October 2019. All without any logic and depriving the outlets of income with zero compensation;
– all the empty talk about “helping” by the authorities like reducing rents and other never helped anybody depending on unreasonable landlords who instead of lowering rents want an increase;
– the “rules” imposed by local authorities are unclear, arbitrary and often meaningless. There is zero coordination.

We will miss the Caravan, one of the many killed by Beijing “management”. More to follow I am afraid.

One thought on “Reality started to sink in”